This little crab can give himself a pat on the back

(No crab was hurt in the process of shooting this metaphor)

A few month ago, he did not have a husk to his name and had to drift around the Cays pulling a living by cleaning propellers and recovering lost anchors.

Now that the hurricanes has come and gone and leaving behind a trail of carnage, “One man’s trash is another man’s treasure”: he is not to be mistaken for a gastropod!

He has been a busy bee and sorting the good, the bad, the downright tragic.
He listened to the concerns of the claims adjusters (one of them even arrived with a body guard),

He listened to the sorrows of the environmental agencies “yes, there is the diesel”,

He listened to the local governments “yes, there are pirates out there”,

He listened to the tourists operators “yes, it is never going to be the same again.”

After all, It is was his birth right to profit from the windfall: he was there and knows everyone and could see off the intruders.

Who cares if he has never assembled a shell in his life?

Never mind if he does not have any legs to fall back on: he is busy parbuckling and the underwriters are paying him to keep the spoils.

Little crab now has 12 shells to his name, a network of important friends and he is here to stay! 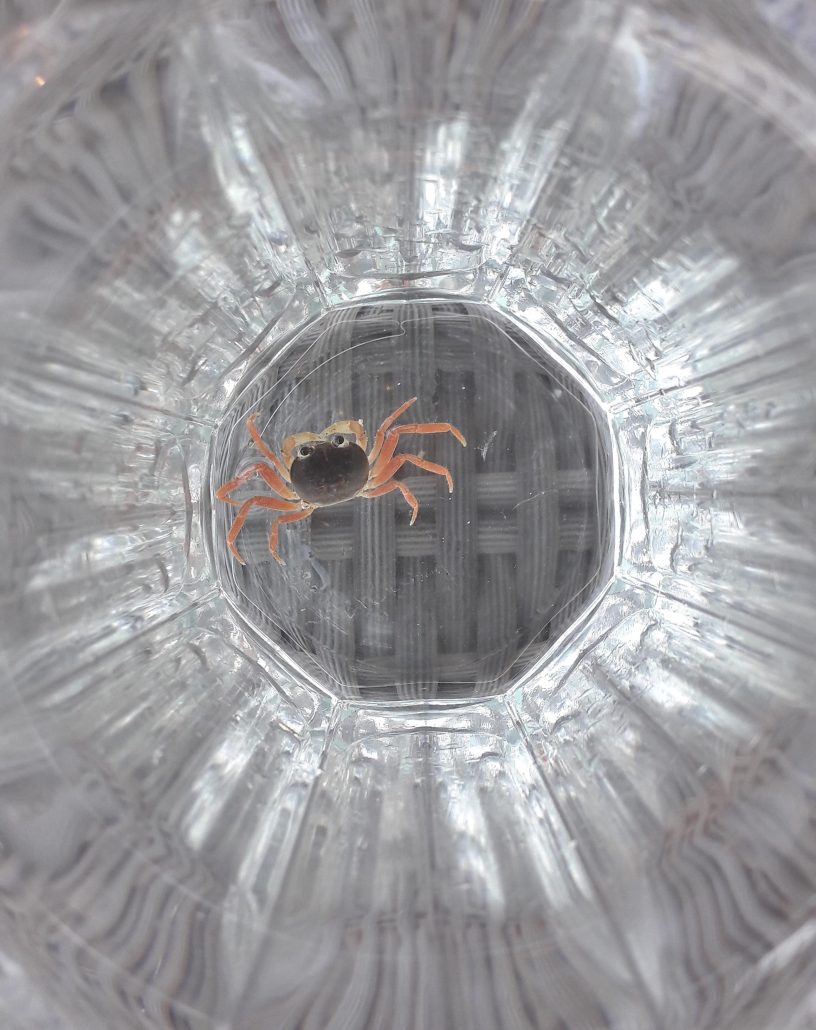